SaraRose Martin, a junior at Virginia Commonwealth University, and Noah Petersen, a freshman at the College of William and Mary, will be honored at the spring conference of Virginia Professional Communicators, with which the foundation is affiliated, at the University of Richmond on Friday, April 28.

The VPW Foundation awards scholarships every year to deserving Virginia college students pursuing careers in communications. Martin and Petersen each received a $1,000 scholarship and a year’s membership in VPC. 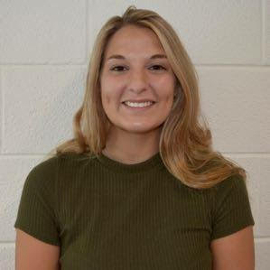 Martin is studying print and online journalism with a minor in political science. She writes for her college newspaper, The Commonwealth Times, and has covered the Virginia General Assembly as a reporter for Capital News Service. She has also interned for the Excellence in Journalism News team.

While she was co-editor-in-chief of the student newspaper at Fauquier High School in Warrenton, Virginia, the school’s principal censored an article Martin had written about the use and manufacture of dabs, a highly concentrated form of marijuana. Martin responded by publishing her story on a community news website and running an editorial in her student newspaper about the dangers of censorship. Last fall, Martin was honored with the Robert D.G. Lewis First Amendment Award at the Society of Professional Journalists’ national convention.

“I cannot express how honored and humbled I feel to receive this award from an organization like the Virginia Press Women Foundation,” Martin said. “This award will aid me greatly in my pursuit for a career in journalism where I hope to empower other young women like me. I feel inspired to keep writing and reporting on important issues in my community.” 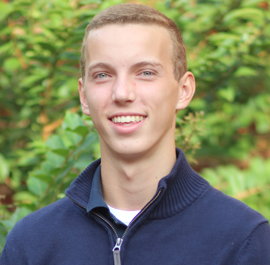 Petersen plans to double major in English and government. In high school, he worked for his school’s newspaper and graduated as class valedictorian. He now serves as associate news editor for the College of William and Mary’s student paper, The Flat Hat. In addition to reporting on campus events, he has written opinion pieces on professors expressing political favoritism in the classroom and overcoming partisan stereotypes. Petersen said he aspires to be a political reporter for a major daily newspaper.

Petersen is active on campus, serving on the executive board of the Residence Hall Association as its national communications chair and as a member of the William and Mary Student Leadership Foundation and Students for University Advancement.

“The Agnes Cooke Scholarship reminds me that others share my desire to tell stories and will support my journey forward. Honest journalism is more valuable than ever, and I am grateful for the help as I learn how to give voices to unheard people,” Petersen said. “I achieve everything through partnerships, and I am excited to work with the support of the Virginia Press Women Foundation to grow as a communicator.”